Martin Richard of Dorchester has been ID’d by the Boston Globe as the 8-year-old boy killed in the Boston Marathon bombing.

His photo is below.

Martin is one of three fatal victims of yesterday’s horrific terror attack, in which twin bombs, apparently laced with ball bearings, exploded near the finish line of the marathon. More than 140 people suffered injuries, including many who lost limbs. 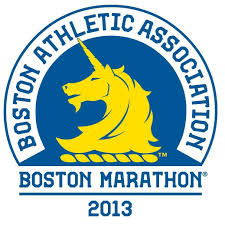 I woke up to my twitter timeline filled with a hashtag that says #PRAYFORBOSTON and #BOSTONMARATHON then I read the next word BOMBING !

I was shocked and kinda angry thinking it was some  cruel joke, but as I scroll to the earlier tweets by all my followers and following, I was devastated and sad, seeing more and more of it and my trending says ##PrayForBoston, #BostonBombing #Boston #BostonMarathon all this words feels like a knife being stabbed. 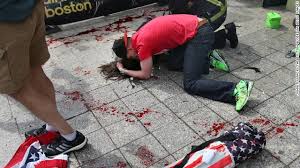 I ask my self why ? WHY would anyone want to do this to a sporting event? what is their motive in doing so?  Sports is the only way where people of all colors and race unite with no prejudice but with full of pride and sense of belonging.  This is the first time I am watching the video and it fills me with sadness.

A movement is sweeping across social media – to show our support, we are wearing our race shirt tomorrow/ or  wear the Boston color which is Blue and Yellow when we you lace up your shoes for your run, Run because you can, Run because you choose to see the good in the world instead of the ugliness. Run to let the bad guys know they will never win. Run, Remember Reflect and Pray.

Let the the world know, we stand with our runners, colunteers, medic, supporters, race directors and anyone else who is part of this great passion.Lets rally together because at the end of the day, we are runners. It’s what we do, RUN FOR BOSTON !!

This entry was posted on 16/04/2013 by isaac976. It was filed under News and politics, Run for your "LIFE" and was tagged with Bomb, Bombing, Boston, Boston Marathon.