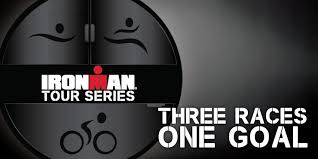 Why do people want to go through all the trouble of swimming 3.8km, cycle 180km and run a marathon in a single day? well, if you don’t know what I am talking about you don’t need to read this because it is a total SHAME on the IRONMAN event.

This event has been the epitome of challenging one endurance and discipline but I think  people these days got caught in the lime light that having a Ironman bling will make themselves some sort of celebrity.

For myself participating in Ironman events is all about self discipline and how we train and seeing ourself emerge better than previous before but hey, everyone has their reason for participating in endurance event. Just this morning I was browsing through my twitter timeline and this caught my eye, once I have read it I truly think that the glamour of the event got the better of some people out there. Seriously what happened to fair play?

Ironman Will Now Check Your Bike For A Motor

Tri-Factor Series Inspiring 100,000 athletes across Asia to live better by 2020

TRI-Factor Series is expanding and it will be bigger and better, they are one of the biggest if not the largest triathlon series in Asia, They are now launching new races across 8 new countries in Asia by 2017.

Through a 2-year campaign of Grow Strong, Live Better, the TRI-Factor Series hopes to outreach to more than 100,000 athletes with varying capabilities and experience to have a go in any of the four races that they are most comfortable with.

Strategic partnership  with 2x Ironman World Championship Chris McCormack and other professional athletes will provide our participants with additional platform to access to coaching material and information and grow further within the sport.

To find out more about the TRI-Factor series check out their website at Trifactor.sg

That One Helmet That Dominated Ironman Kona

Rudy Project just smashed all records by earning the prestigious title of “Most Worn Helmet at the IRONMAN® World Championships presented by GoPRO®” for the FIFTH consecutive year!

Kona is happening in a day time on the 10th Oct and many Ironman and aspiring triathletes will be glued to their seat watching the pro’s and thousands of age-grouper participating in the grueling course.

If you want to know how to watch all this and don’t know how Ironman.com have prepared all the links for your pleasure. You can also follow their twitter account @IRONMANTri as they also provide good coverage

If you’ve never followed the IRONMAN World Championship before, you’re in for a treat. Join us for exclusive live coverage on Ironman.com on Saturday, October 10th. Our live show will be hosted by IRONMAN world champion Greg Welch, pro triathletes Michael Lovato and Matt Lieto, and various other guest appearances. Our site will also host a live blog, enhanced athlete tracker (including multiple time splits for the bike and run), and race day videos, which will be available to watch on demand following the race.

The race will have separate age-group starts, with the men beginning at 6:55 a.m. and the age-group women at 7:10 a.m.

Leading up to the race, athletes, media and organizers will be using #IMKona on Twitter and Instagram.

The NBC IRONMAN World Championship special will air on Saturday, Nov. 14, from 1:30 to 3 p.m. ET, a recap of the pro race also following inspiring age-groupers.

Singapore’s largest triathlon is back and it will be held on 25 & 26 July 2015 (Saturday and Sunday), it will be an action-packed weekend of triathlon activities and entertainment with races for all ages and level, in teams or individually.

Held on the iconic grounds of Lantau Island on 25 and 26 October, the 2014 Hong Kong ASTC Triathlon Asian Cup is a premier event where recreational triathletes can rub shoulders with age-groupers and professionals.

2014 will see athletes slugging it out to take the Asian Championship crown ensuring this signature triathlon will be a not-to-be missed event.

The swim course is a 1 loop affair of 750m swam anti-clockwise. Athletes will start in the water in front of the floating pontoon and navigate the triangular-shaped course. Water temperature is expected to be between 24-28 degree Celsius and thus wetsuits will not be allowed on the course. The water at Discovery Bay is usually quiet to mildly choppy and swimmers can expect minimum swell on race day.

The bike course is mostly flat, to the exception of a section going over a bridge where athletes can expect a short progressive climb followed by a mirroring downhill. The course is entirely cut to traffic and bikes will be the only vehicles moving on the roads, alongside race officials and emergency vehicles. The only technicality of the course will be the U-turn points, which are located at far end of the out & back and at the looping point (for Olympic distance athletes only).

The Olympic distance athletes have 3 laps to complete, between Sunny Bay Road and Cheung Tung Road, before heading back to transition area.

The sprint distance athletes have only 1 such loop to complete prior to heading back to transition, making it a simple out & back.

The run course is flat and fast on wide and scenic roads. The first part of the course will take the athletes on the promenade on the sea front. Then they will head back towards transition and along the canal, crossing Magic Road up the finish area located below Fantasy Road.

Athletes of the Olympic distance will have 3 repetitions of the seaside promenade to run prior to heading to the finish.

Whilst athletes of the Sprint distance will have to run a single out & back on the promenade and then head straight to the finish.

The Singapore International Triathlon is back again, 16-17 August 2014 and Metasport has been appointed as the joint organiser for this annual triathlon event.

Categories are available as below

Register early to catch the early bird price and to register your interest please click on >> REGISTER ME << for more details please do visit the Singapore International Triathlon on their new website.

The Lion Dash is Back : Unleash your Inner Lion

22 April 2014, SINGAPORE – Summon the lion in you at the greatest mud feud in the Singapore, with the return of the Lion Dash presented by Columbia! This June, get ready for more hearts pumping action alongside familiar obstacles and some devilishly challenging new ones including, the Python Pit, Escape Route, Push Up Poaches and Slippery Slope.

“The Lion Dash is the fear factor of races and it stands out from other races because challengers have to face and conquer their fears in order to complete the race. You have to have a little bit of guts, tenacity and loads of bravery. The reward, a gargantuan sense of achievement.” Said Adam Bauerly, Founder of Lion Heart Group.

This time, the team behind the Lion Dash sets themselves a momentous task; to test challengers to their limits. Challengers can either opt for the Sprint category, a standard 5km obstacle race or pit themselves against the big leagues in the Beast category by clocking as many laps of the 5km route in 4 hours.

Challengers can register individually or in teams of two or four depending on the race category. Registration is now open at http://www.liondash.com/.