Boston Marathon has got to be the most coveted run in every runners mind, the qualifying time is like a moving target and many hopefuls have been dashed by it, but I would say it is more of rather a motivation to peak runners ability in the running society. Just so you know ….

In order to be accepted into the 2020 race, which will be held on April 20, runners had to be at least 1 minute and 39 seconds faster than their qualifying standard, Boston Athletic Association (BAA) officials said on Wednesday.

So far, 24,127 runners have been accepted into the 2020 race. That left 3,161 runners, out of 27,288 who applied, on the sidelines, even though they did achieve the posted standards for their age and gender.

Runners were learning of their registration status by email.

The field for Boston grew this year to 31,500 runners. More than 80 percent of those are time qualifiers. The rest of the field gains entry by running for charities or through a different connection to the race.

For the 2019 race, the cutoff time was 4:52, and 7,384 runners were denied entry. That time jumped more than a minute from what was needed for the 2018 race: a time 3:23 faster than the qualifying standard, when 5,062 runners were turned away. The last year that all qualifiers were able to register was 2013.

The qualifier breakdown for the 2020 race is:

Have you guys been training hard for the upcoming Mizuno Ekiden? or you still thinking of signing up with your team of four, I have to say it will be challenging, it will be hot, it will be furious. Anyway it will be the last call for Mizuno Ekiden registration which ends this coming 10th June. I am not sure if my coupon has been used up but you can still try to register with it.

In Japanese terms, Ekiden refers to a relay-styled long distance running. Runners get to register in teams of four across three different categories, If you guys can’t run the 42km, you can always opt for the 21k, or the Corporate category (21.1km).

The event strives to instill and portray remarkable Japanese values such as individual perseverance, teamwork and the ability to showcase a high level of performance in intense and challenging situations.

Osaka marathon is the 2nd largest marathon event after Tokyo marathon and it is also one of the fastest sold out event in Japan, they have a limit of 32k runners and I was fortunate enough to have ran the course last year. Sorry for not posting a review on it as I was caught up enjoying myself before and after the event.

So if you have heard of all the fun times and beautiful (hot and cold) run course, I practically love this course over Tokyo because it feels like more of a party, just imagine running at KM41 – 42 there is a big feast featuring all of Osaka’s snacks, a while line of food for you to eat, sadly I didn’t stop for any food nor was I chasing for any PB because of the haze which dampen my training.

If you love to participate and register yourself for the upcoming Osaka Marathon, the event is happening on 30th October 2016 (Sunday) and registration opens on April 8th 2016 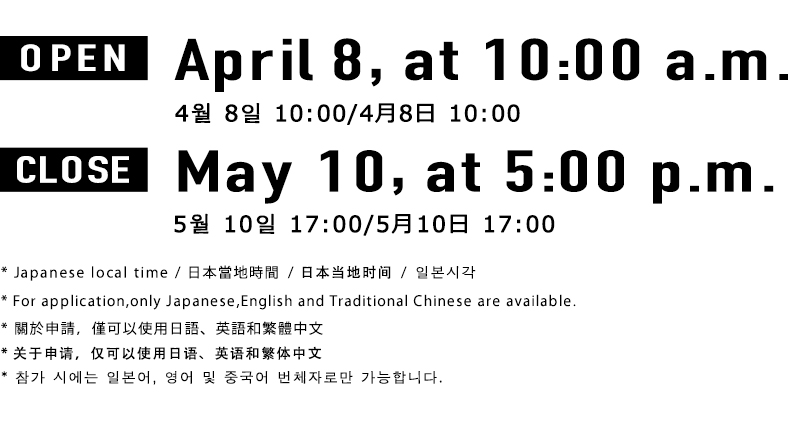 I recall the entry fee being cheaper but hey that’s the price to pay for inflation.

For more information please head over to their website at https://www.osaka-marathon.com/index_en.html

On Sunday, November 6, 2016, some 50,000 people from all over the planet will come together to run the TCS New York City Marathon. If you’d like to take part in this world‐class, life‐changing event, you’re in luck: There are still five ways you might secure a spot.

First, you can enter our 2016 TCS New York City Marathon sweepstakes. This is your chance to win one of 100 guaranteed, non‐complimentary spots in next year’s race. The deadline to enter is Friday, December 18, and winners will be informed on or before January 13. Why not take a shot?

You can also enter the general drawing. The application opens on January 21 and runs through 11:59 p.m. EST on February 21, 2016. All applicants must be 18 years of age or older on November 6, 2016. Runners will be selected via three drawings—information on those is available here.

3) Team for Kids and Charity Partners

Don’t want to chance it with the drawing? Gain guaranteed entry right this second by registering to run with NYRR Team for Kids. In addition to locking down your spot, you’ll commit to raising funds for NYRR’s youth programs, which get more than 200,000 kids moving toward healthier, happier lives each year. Sign up now! You can also run for one of our many Official Charity Partners, which will be announced this spring.

Another way to get in: run a qualifying time in a marathon or half‐marathon. The qualifying window is January 1 to December 31, 2015. All runners who meet the time standards in the 2015 TCS New York City Marathon or in an NYRR half‐marathon are eligible for guaranteed entry. The remaining spots will be filled on a first‐come, first‐served basis until the cap, which is to be determined, has been reached. More info is available here.

This last one’s for non‐U.S. residents: Depending on where you live, guaranteed entry—contingent on purchase of a “Marathon Package” (i.e. flight to/from the New York City area and/or hotel stay in NYC)—may be available through an International Travel Partner (ITP) in your country or territory. If you live somewhere that doesn’t have an ITP, you may purchase a Marathon Package from an ITP in another country. Visit our webpage to learn more about our participating travel partners.

After a successful debut last year, the inaugural PUMA Night Run is back to set the streets ablaze again with heart-pumping adrenaline this October 17. Refreshed with a new route that promises to challenge the usual stride, the run will be held along the scenic Marina Barrage.

Gabriel Yap, Head of Marketing at PUMA Southeast Asia says, “we received a lot of positive feedback about how surprisingly challenging last year’s running route was and we want to maintain that element of fun and thrill. We’re really pumped and I’m sure that participants will enjoy the exciting experience we have in store this year!”

Bringing the 10km race to the cityscape, runners can look forward to take on a track filled with surprising and enjoyable elements where up to SGD 10, 000 worth of prizes to be won for the fastest 3 male and female finishers. In addition, all participants will be entitled to a lucky draw where winners will stand to receive attractive prizes.

Registration for the inaugural PUMA Night Run Singapore is now open and interested runners can sign up via http://puma-nightrun.com.sg/. Registration is limited to 6000 runners and closes on 20th September 2015.

Singapore’s largest triathlon is back and it will be held on 25 & 26 July 2015 (Saturday and Sunday), it will be an action-packed weekend of triathlon activities and entertainment with races for all ages and level, in teams or individually.

Held on the iconic grounds of Lantau Island on 25 and 26 October, the 2014 Hong Kong ASTC Triathlon Asian Cup is a premier event where recreational triathletes can rub shoulders with age-groupers and professionals.

2014 will see athletes slugging it out to take the Asian Championship crown ensuring this signature triathlon will be a not-to-be missed event.

The swim course is a 1 loop affair of 750m swam anti-clockwise. Athletes will start in the water in front of the floating pontoon and navigate the triangular-shaped course. Water temperature is expected to be between 24-28 degree Celsius and thus wetsuits will not be allowed on the course. The water at Discovery Bay is usually quiet to mildly choppy and swimmers can expect minimum swell on race day.

The bike course is mostly flat, to the exception of a section going over a bridge where athletes can expect a short progressive climb followed by a mirroring downhill. The course is entirely cut to traffic and bikes will be the only vehicles moving on the roads, alongside race officials and emergency vehicles. The only technicality of the course will be the U-turn points, which are located at far end of the out & back and at the looping point (for Olympic distance athletes only).

The Olympic distance athletes have 3 laps to complete, between Sunny Bay Road and Cheung Tung Road, before heading back to transition area.

The sprint distance athletes have only 1 such loop to complete prior to heading back to transition, making it a simple out & back.

The run course is flat and fast on wide and scenic roads. The first part of the course will take the athletes on the promenade on the sea front. Then they will head back towards transition and along the canal, crossing Magic Road up the finish area located below Fantasy Road.

Athletes of the Olympic distance will have 3 repetitions of the seaside promenade to run prior to heading to the finish.

Whilst athletes of the Sprint distance will have to run a single out & back on the promenade and then head straight to the finish.

Promoting the genuine spirit of exploration since its kick-start in 2008, The North Face 100® has become the most well-received and anticipated distance trail running series in the region. Whether you are an aspiring trail running beginner or a seasoned racer looking for new challenges, unparalleled experience is offered in each competition of this region’s largest trail running series.

To register your interest please click on —-> Register Me <—-

For more information about races in the region, please go to The North Face 100

Do take note that Finisher medals will only be given to those who complete within the cut off time.